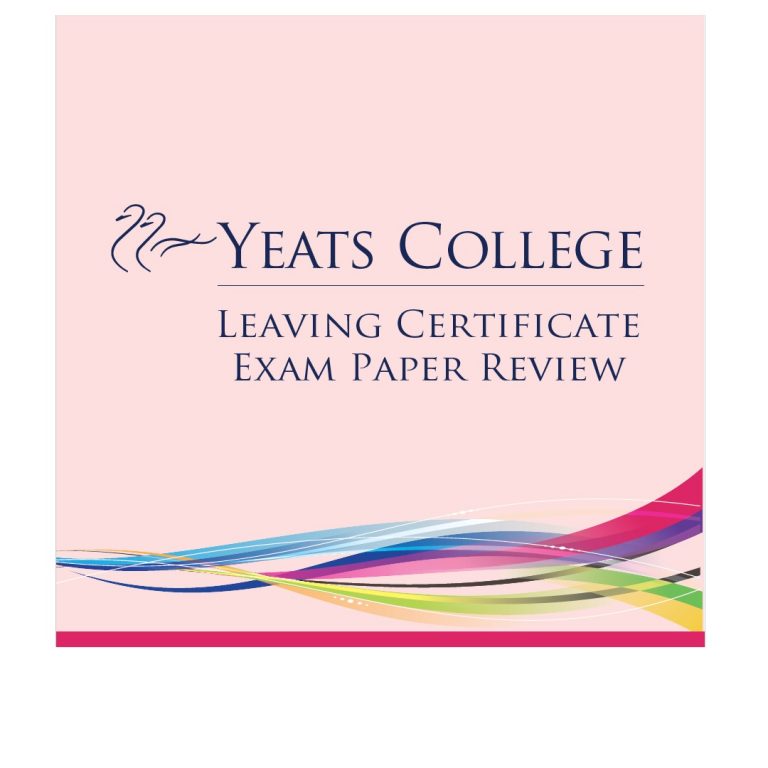 The Leaving Certificate Higher Level French written paper offered a wide variety of choice to students, for example, topics including sport, the Leaving Certificate, the environment, and migration etc. appeared. The written paper adjustments (in light of Covid-19) remained the same as for last year’s assessment. Students were only required to answer one reading comprehension (as opposed to two) in Section A. In Section B, students were required to respond to two questions in total (Question One – obligatory / and one more question from a selection of five themes/topics). In contrast to pre-Covid times, students were presented with a wider selection of themes/topics in this section. Students were allotted 2 ½ hours to complete the written paper (excluding the aural paper). Overall, both the written and aural paper were extremely fair and should not have posed any major problems/surprises to students.

The journalistic reading comprehension was a very fair and manageable comprehension. The vocabulary and expression used should have been very familiar to students. The text was adapted from the site La‐Zep.fr (la Zone d’Expression Prioritaire), a timely online publication that reports on a variety of societal issues. The extract used in the examination described Linda’s story, a woman who always wanted to become a nurse but who had some trouble realising this aim since her Leaving Certificate. She went on to take up a post in an emergency foster home for children and that is where she found her calling.

Perhaps some less familiar nouns/verbs/expressions that appeared in the text include:

Some lovely expressions in the text that could be integrated into future written/oral work include:

The literary comprehension was adapted from a contemporary novel, entitled Les chats éraflés (2021), by Camille Goudeau. The story follows Soizic, a young woman, who travels to Paris in order to escape her grandparents and find her mother who abandoned her. However, things do not go as planned as she runs out of money. In contrast to some previous literary comprehensions, the text was perhaps less challenging and more straightforward both expression and vocabulary wise. That said, it is possible that a few nouns/verbs/expressions may have not been as familiar to students including:

Some useful expressions in the text that could be integrated into future written/oral work include:

As noted previously, the selection of topics in Section B was vast and varied.

For the obligatory Question One, students were able to choose from questions on:

For the final written question, students were then able to choose from a selection of topics on:

Overall, there was a tremendous choice of questions for students to choose from in Section B. The themes and topics covered should have been very familiar to students and, in some cases, would have been also unpacked when preparing for the oral examination. The questions were very clear and concise, and the vocabulary and expression used should not have posed any problems to students. While there was a great selection of questions, it was perhaps surprising that COVID did not come up in some shape or form, such as ‘what life is like/will be like after the pandemic’, ‘the effects of COVID on young adults/mental health/wellbeing’, or ‘the future of education/technology after the pandemic’. Although the environment did come up in the email question, it is perhaps surprising that the theme did not appear more explicitly in an opinion piece on COP26 or climate change. That said, it was a very pleasant paper and there was definitely a question for everyone!

The Leaving Certificate Higher Level French aural paper was made up of five short listening exercises. Students were allotted 40 minutes to complete the listening component of the exam. Overall, the aural exam was very fair. The audio and accents were extremely clear, and the majority of topics covered should have been very familiar to students. The content of the listening paper highlighted the importance of revising key vocabulary, including jobs, transport, numbers, seasons, days, and months.

Exercise 1. Jeanne, Yannick and Gabrielle talk about the cinema.. Overall, this was a very nice opening exercise to the aural paper that should have settled students in nicely. The accents of the different speakers were very clear, and the vocabulary was straightforward and familiar (e.g., lire le journal, envoyer un texto, salle de cinéma, film d’action, regarder des films, les billets). A piece of vocabulary that students may not have been familiar with was ‘fauteuil’ (armchair). Gabrielle explained that she preferred to watch films at home ‘dans le confort de [son] fauteuil’ (in the comfort of [her] armchair).

Exercise 2. Patrick Violas, founder of La Tanière, an animal refuge in France gives an interview. This exercise was slightly more challenging, with some specific vocabulary related to animal protection. Although the speed of conversation was nicely paced, sentence structure became slightly more complex (e.g., le rêve de sauver tous les animaux qui en ont besoin). One of the points mentioned for Question 2. “Write down two points made by Patrick about the past lives of the animals” may have been hard to catch on a first listen. Patrick explains that the animals have had ‘un passé chaotique’ (a troubled/chaotic past). Some other vocabulary that students may have found challenging in this section may have included:

Exercise 3. Two friends, Séverine and Manu, have a conversation. The audio and accents were very clear in this audio. Some varied vocabulary came up in this section. Séverine congratulated Manu on passing his driving test on the first go and used expressions such as être fier (to be proud) and permis de conduire (driving licence). Séverine then goes on to explain that she will be starting her leçons de conduite (driving lessons) at the same school as Manu. They then begin talking about purchasing a car and Manu describes the type of car he would like to buy. The points made are fairly straightforward, however, an expression that might have been more challenging to pick up was ‘une voiture […] qui ne consomme pas trop d’essence’ (a car that doesn’t drink petrol). Finally, Question 3. of this section, in particular, was challenging. Manu mentions the jobs that he did to save up money for a car, one of which was that he participated in the ‘cueillette’ (harvesting/picking/collection) of apples and peaches. However, if students did not understand this, two more ‘conventional’ jobs were mentioned: mowing the lawn (tondre la pelouse) and babysitting (faire du baby-sitting).

Exercise 4. Amélie and Robert, each speak about going on holiday without their parents.  This exercise was very doable. Some very familiar vocabulary/expression was used (e.g., beau temps). It is possible that Question 4. could have been a little tricky for some students: “What happened on one particular night (i.e., of Robert’s holiday)?”. The answer is that one night when they could not find a site/spot/location (emplacement) for their tent, a women offered her son’s room to them, and he (the son) had to sleep on the couch (le canapé).

Exercise 5. News Items. The news items were very straightforward and clear. One of the possible responses to Question 2. “What will be banned in the Ardèche region from Friday morning? (Two details)” may not have been as evident to all students: ‘arroser les espaces verts’ (to water/spray green spaces). The response to Question 3. “What can be expected in Bayeux as a result of construction work?” was quite straightforward – there would be traffic disruption (circulation perturbée), however, students may not have been as familiar with the expression ‘ralentissements’ (Traffic hold-ups/delays).

Overall, a very pleasant written and aural paper that I hope students were pleased with – Bonne continuation, Sarah.